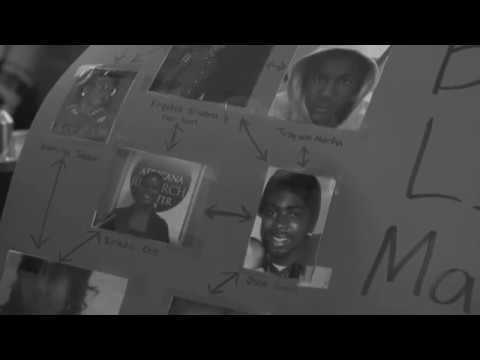 The multi*Talented R&B artist H.E.R. latest single "I can't Breathe" her opus in solidarity to the Black Lives Matter Movement Many artists are stepping up to the plate and using their platform to attempt to bring awareness to the issue of police brutality and racismisn that has plague our society for far too long. H.E.R. is no different, known for sultry voice and incredible songwriting ability as well as her ability to play multiple instruments H.E.R. is undoubtedly the que
0 comments
Martin Armstrong

repost via ArmstrongEconomics.com Police Civil Asset Forfeitures Exceed All Burglaries in 2014 Between 1989 and 2010, U.S. attorneys seized an estimated $12.6 billion in asset forfeiture cases. The growth rate during that time averaged +19.4% annually. In 2010 alone, the value of assets seized grew by +52.8% from 2009 and was six times greater than the total for 1989. Then by 2014, that number had ballooned to roughly $4.5 billion for the year, making this 35% of the entire n
0 comments

Repost via The International Business Times Democratic presidential candidate Bernie Sanders called for criminal justice reform and discussed the Black Lives Matter movement Saturday at the BET's Presidential Justice Forum. Sanders opened his speech at the bipartisan event by listing off what he called "horrible facts." "I’m going to start with an issue that is on everyone’s mind, the continuing struggle for racial justice in America," Sanders said, reported Fusion. Sanders t
0 comments

Over the weekend Protests by Police Reform Activists and #BlackLivesMatter erupted in Minneapolis after a police officer shot an unarmed black man as some say “in the head execution style”. An African American Man Jamar Clark was shot by the police and is now hospitalized and reportedly brain dead. Eyewitness accounts claim Mr. Clark was already subdued by the police and in fact in handcuffs when he was shot in the head by a Minneapolis police officer. Early Sunday Morning Po
0 comments

Repost via The Free Thought Project On July 26, Seneca Police Lt. Mark Tiller ran towards 19-year-old Zachary Hammond’s car with his gun drawn as Hammond’s date, Tori Morton, allegedly sold a few grams of marijuana to an undercover cop. According to Seneca Police Chief John Covington, Hammond drove toward Lt. Tiller in an attempt to murder him. Fearing for his life, Tiller shot Hammond twice at point-blank range killing him. But according to witness statements and Hammond’s a
0 comments

Elizabeth Warren gave a powerful endorsement to the #BlackLivesMatter movement

Senator Elizabeth Warren called for broad policing reform during a speech Sunday on racial and economy inequality. Warren called for police reform including de-escalation training and body cameras for all police officers. Warren did not call for civilian review boards or any independent oversight by the citizens. However her speech was powerful and important as she likened the #BlackLivesMatter movement to the civil rights movement of the 1960s "None of us can ignore what is
0 comments

Police shoot man who was filming an arrest of neighbor

Rancho Cordova, California police shot a man while he was filming the arrest of his neighbor. The Sheriff Deputies were in the process of arresting Ben Ledford on charges of animal cruelty. Ben Ledford had apparently fired 100 shots at a dog across the street and killing the animal. Ledford’s Neighbor Danny Sanchez heard the commotion came outside and began to record the arrest on his cellphone when officers began shooting at Sanchez because they said he had a gun. The cops s
0 comments

In the latest issue of DC Comics’ Batman series, the legendary comic throws itself into two of the most important and divisive conversations The United States his having right now; racial and economic equity. The “caped crusader” must tackle systemic racism with in the police department at the same time his alter ego of “Bruce Wayne” must come to terms with the consequences of “corporate progress” Batman #44 which is a flashback story, is about a 15-year old black teenager
0 comments

Baltimore City's Board of Estimates voted unanimously on Wednesday to approve a $6.4 million settlement with the family of Freddie Gray, the 25-year-old black man who was critically injured while in police custody. Gray was arrested for "making eye-contact with a police officer and then running". Upon arrest Freddie Gray was forcibly slammed to the ground and then placed in the back of a Police van. Subsequently Mr. Gray's spine was 80% severed at the neck which caused his de
0 comments

Washington D.C. Mayor Muriel Bowser is looking pass a law that would potentially violate the consitutional rights of the citizens of the nation's capital. Ms Bowser seeks to grant questionable new powers to law enforcement. If these new powers are granted, District of Columbia residents on parole or in probation will face the possibility of having their person or property searched at any given time with little pretext. If found in violation of their parole or probation, an in
0 comments

American police have killed 103 people in August, according to www.KilledByPolice.com . The Washington Post puts that number at 82 and the Guardian has it at 99. During the month of August several police shootings have been questioned by local communities. The official police accounts of alleged self-defense has come under scrutiny as is common in these sorts of cases. While ChrisChristie tries to become the next President his home state of New Jersey is facing scrutinty with
0 comments

Despite the fact that violence among U.S. citizens have dropped, violence against citizens by American police have rising sharply. According to an FBI report released this week, violent crime rates in this country had dropped by over 4% in the past year. The amount of violent crimes is lower than it has been in nearly 40 years. FBI statistics shows there was an estimated 1.16 million violent crimes in the year of 2013, which is the lowest number recorded since 1978, when 1.09
0 comments

California will no long use the grand jury process when determining whether or not to indict a police officer involved shootings of civilians. Gov. Jerry Brown (D) signed a bill Tuesday. This will ends the practice of secret deliberations regarding the potential prosecution of police officers The SFGate reports the new law; "SB 227" is the first state in the union to ban the use of grand juries in cases of officer indictment. It will go into effect next year. This is a major
0 comments